“Free 14 city icons, commissioned by Offscreen Magazine for their fifth issue feature “A Web Worker’s Field Guide”, this collection of icons depicts a well known building or ideogram from 14 cities around the world.” 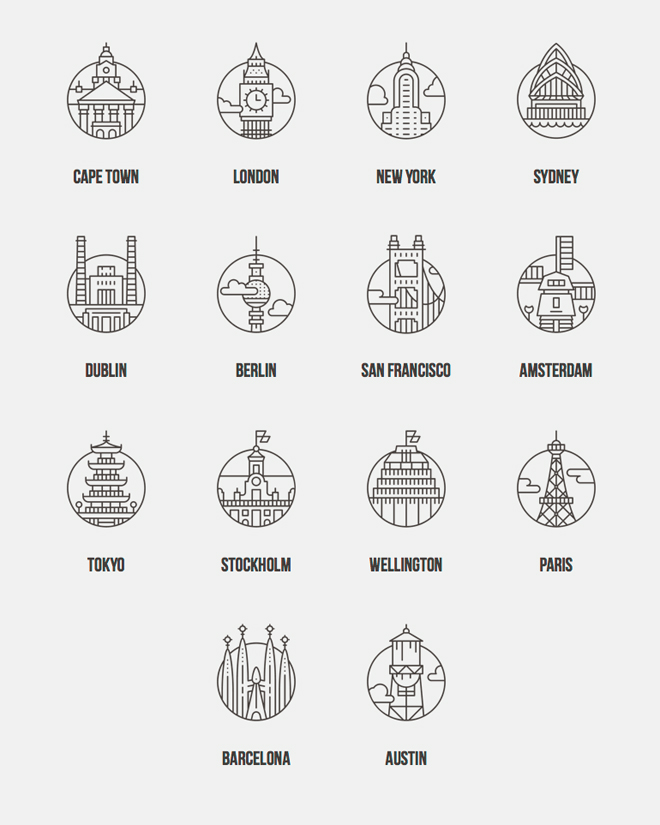 I just posted and shared this cute illustration icon on myÂ FacebookÂ and there were some requests came up for their own cities, such as Seoul (South Korea) and Vienna (Austria). So I was thinking why not to create one for fun following this style. And here they are! 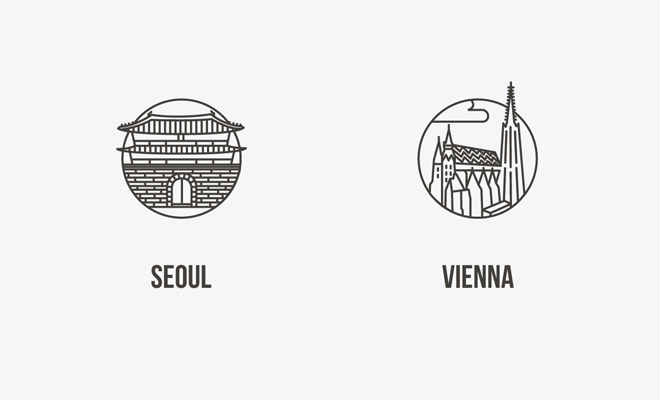 Seoul, capital city of South Korea, my home country. There is Namdaemun, officially known as the Sungnyemun, is one of the Eight Gates in the Fortress Wall of Seoul. In 2008, the wooden pagoda atop the gate was severely damaged by arson. And on 5 May 2013, after a five-year restoration period, itâs officially reopened. So, I took this Namdaemun as a symbol of Seoul.